In this week’s New England Journal of Medicine, a well written review article on intermittent fasting highlights the benefits of this practice.

In October, I was fortunate enough to hear a full day of lectures by Dr. Jason Fung, the author of “The Diabetes Code” and “The Obesity Code.” He showed us the science behind intermittent fasting. Although the current recommendations for three meals a day plus snacks are supposed to improve our health, the US population continues to both gain weight and to have an increased incidence of diabetes. In fact it is a crisis of obesity and diabetes! Our bodies were not designed to work in this fashion.

Our bodies were designed to have a period of fasting in which we could gather food to eat and then a period of feasting on  the food. During fasting, at about 12 hours, our bodies switch over from processing sugar to processing fat. We store most of our energy in the liver for short term use as glycogen, a form of complex sugar. After glycogen is fully depleted, the body switches over to breaking down triglycerides and converting them to ketones which are used for fuel. This conversion is beneficial, helping to trigger a healthy immune system as well as healthy brain function through improved neuroplasticity (think growing new brain cell connections!) It also improves cardiovascular function and better overall cellular function.

The main benefit most people will say is a loss of belly fat. Diabetics will see their insulin requirements drop dramatically, and they may be able to discontinue insulin altogether.

I have been suggesting my patients to try a simple daily intermittent fast by not eating anything after dinner, and then not eating breakfast except for black coffee or green or black tea with no added sugar or cream. Try not to eat until lunch. By restricting food consumption to a six or eight hour period during the day, without snacks in between, the body will become accustomed and the benefits will be realized very quickly.

For additional reading, please enjoy this post on the Paleo Diet – a lifestyle I have been following for over a decade. 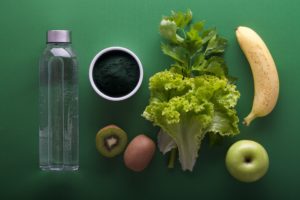 “Eating in a 6-hour window and fasting for 18 hours might help you live longer”
By Scottie Andrew, CNN

(CNN)Abstaining from food for 16 to 18 hours a day could be key to treating a variety of health conditions — even if you’ve got to train yourself to push past the hunger. A review of past animal and human studies in The New England Journal of Medicine suggests that intermittent fasting can reduce blood pressure, aid in weight loss and improve longevity.

The report functions as a road map of sorts for physicians to prescribe fasting as a method of prevention or treatment for obesity, cancer, diabetes and heart disease.

The catch? Most Americans don’t intermittently fast (the norm is three meals a day plus snacks) and thus physicians are less inclined to consider fasting a solution to a broad range of health conditions, according to the review.

Because the research is relatively new, the report advises physicians to monitor their patients throughout intermittent fasting and gradually increase the duration and frequency of fasting to guide their transition.

Intermittent fasting has been studied in rodents and overweight adults to improve health across the spectrum, though it’s not clear if those benefits are the result of weight loss.

Alternating between fasting and eating can improve cellular health, Mattson said, most likely by triggering metabolic switching. In metabolic switching, cells use up their fuel stores and convert fat to energy — “flipping a switch” from fat-storing to fat-saving.

Findings on intermittent fasting range in the diet’s effectiveness, but some studies in animals and humans have linked the practice to longer lives, healthier hearts and improved cognition.

The article points to the residents of Okinawa, known for their extreme longevity and low-calorie, nutrient-rich diet. Their intermittent fasting might contribute to their life spans and keep obesity at bay, the authors posited.

Intermittent fasting is thought to improve insulin resistance, which can stabilize blood sugar levels. Findings from a small 2018 study found that three men with type 2 diabetes, also known as adult-onset diabetes, were able to stop taking insulin after losing weight from intermittent fasting — findings that clash with the widely-held belief that diabetes is incurable.

A previous study (that Mattson co-authored) showed the switch can increase resistance to stress by optimizing brain function and neuroplasticity, or the brain’s ability to adapt to develop throughout one’s life. And older adults who were put on a restricted-calorie diet showed improved verbal memory compared to two other groups who hadn’t fasted, a 2009 study found.

Physical function even improved for some patients. A study of young men who fasted every day for 16 hours lost fat and retained muscle while resistance training for two months.

The long-term effects of intermittent fasting require more research that isn’t available yet, and the studies that do exist are narrow. The clinical trials focused on overweight young and middle-age adults, so the benefits and safety can’t be generalized to other groups, the authors said.

Another thing: It’s a difficult diet to stick to, particularly in the United States, where the concept of three meals a day is “so ingrained in our culture” that a change in eating pattern often doesn’t cross doctors’ or patients’ minds, Mattson wrote.

Almost 40% of people who were assigned to a fasting diet dropped out of a 2017 JAMA study — one of the drawbacks of intermittent fasting as a weight-loss regimen, Dr. Frank Hu, chairman of the Department of Nutrition at Harvard University’s T.H. Chan School of Public Health, noted to Harvard Health Publishing.

“It’s human nature for people to want to reward themselves after doing very hard work, such as exercise or fasting for a long period of time,” he said. “So there is a danger of indulging in unhealthy dietary habits on non-fasting days.”

When the brain is deprived of food, appetite hormones in the hypothalamus, the brain’s “hunger center,” are released in a flurry and can trigger overeating.

But Mattson said the pain is temporary.

“Patients should be advised that feeling hungry and irritable is common initially and usually passes after two weeks to a month as the body and brain become accustomed to the new habit,” he said. 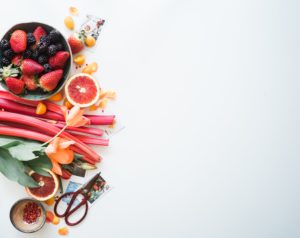