What is HIFU for Prostate Cancer Treatment?

Ultrasound is very high frequency sound waves, beyond the range of human hearing.  Piezoelectric transducers, used to both transmit and to receive the ultrasound waves, were first developed in 1877. In 1942, Dr. Karl Dussik, a neurologist, attempted the first medical use of ultrasound to look for brain tumors.  The imaging technology has continually evolved, and today ultrasound can be used to look safely into any part of the body, including the fetus during pregnancy.

The idea of focused energy dates back to 212 BC when, during the siege of Syracuse by the Greeks, Archimedes designed a group of mirrors to focus the sun’s rays on enemy ships.  The ships were set ablaze, and the Greeks prevailed.  (This idea was recently confirmed by scientists at MIT). 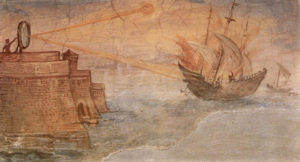 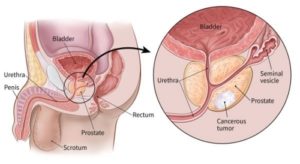 In HIFU for prostate cancer, the ultrasound probe is placed gently into the rectum, next to the prostate.  The sound waves are focused with a “laser-like” precision to eliminate the cancerous tissue.  The normal tissues of the rectal wall are safe, and preserved.  Delicate nearby structures including the urinary sphincter, the nerves of erection, and the bladder, can be carefully avoided.  For my patients, HIFU does not require a hospital stay, and they can resume most normal activities the next day.  The possible side effects are notably less than other prostate cancer treatments including: surgery, radiation, and cryoablation.  The long term results of HIFU are excellent, and highly effective.

If you, or someone you know, has been diagnosed with prostate cancer, it is important to include HIFU as part of the discussion for treatment.  In the next article, I will talk more specifically about the results of the many large studies on HIFU for prostate cancer.

To contact my office for a consultation, please visit us here.