Does the HIFU Procedure Really Work for Prostate Cancer?

High Intensity Focused Ultrasound, or HIFU, is a well established and accepted method for treatment of localized prostate cancer. It has been in continuous use in Europe since 1994, and now has been employed world-wide, including the United States, where the Food and Drug Administration (FDA) approved HIFU in October of 2015. To date, tens of thousands of patients around the world have been successfully treated. HIFU has been shown to be an effective non-surgical treatment of prostate cancer, with the least amount of adverse side effects compared to surgery, radiation, or cryoablation. Still, there remains in the medical community such a high rate of skepticism, that most patients with prostate cancer are not even advised to use the HIFU procedure as a potential treatment for their disease. What are the facts for and against the use of HIFU? 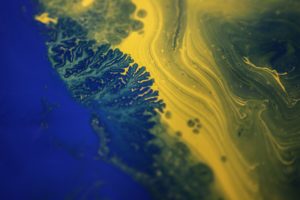 What Happens During the HIFU Procedure?

HIFU is created when electricity passes through a curved piezoelectric crystal producing a characteristic vibration. The vibration of the crystal results in waves of energy which, when focused on a prostate cancer cell, converts the energy to heat. Within 4 seconds, the temperature of the cell rises to 85 degrees Celsius, melting liposomal membranes, denaturing protein and disrupting cell walls. Additionally, negative pressure created by an internal bubble destroys the cell by a second mechanism. High Intensity Focused Ultrasound is extremely accurate and able to be directed with laser-like precision into cancerous tissues, while sparing delicate nearby structures including the nerves of erection, the urinary sphincter, and the rectal wall.

Albissini, et al, in the January, 2017 issue of Journal of Endourology, published a study of 55 men who had undergone hemi-ablation (HIFU on one side of the prostate, right or left) for localized prostate cancer. The follow up was an average of 3 years, including PSA and repeat biopsy. Their results were matched to 55 men who had undergone Robotic Assisted Laparoscopic Prostatectomy (RALP). Failure of cancer cure was defined in terms of biochemical recurrence (rise in PSA) and repeat biopsy leading to salvage therapy with radiation or hormone deprivation. The results were statistically identical, with 6/55 in the RALP and 7/55 in the HIFU group. Both urinary continence and preservation of erectile function were superior in the HIFU group. The HIFU procedure group, despite being significantly older than the surgery group, had 82% zero pad use at one month vs. the surgery group, with 40% zero pad use. Preservation of erections was 80% for HIFU, and 15% for RALP at one month. At one year, zero pad use was 94.5% in the HIFU group, compared to 87% in the surgery group. Compared to HIFU, more than twice as many men were still incontinent one year after surgery for their prostate cancer. At one year, the return of erections was still 80% in the HIFU procedure group and just 38% in the surgery group (despite being considerably younger). Not surprisingly, compared to HIFU, the rate of complications was significantly higher after Robotic Prostatectomy.

In the July 2017 edition of the Journal of European Urology, Rischmann, et al published a multi Center study from France including 111 men with localized prostate cancer. These men had prostate cancer on either the right or left side, and were deemed candidates for hemi- ablation. High Intensity Focused Ultrasound was used to treat the entire side with cancer, sparing the side without cancer. After 1 year, all the men underwent repeat prostate biopsy. 96% had no clinically significant cancer (CSC) in the treated side, and 95% had no CSC in the untreated side. At 12 months, continence (zero pad use) was preserved in 97% and erectile function (penetration) was preserved in 78% of the men. 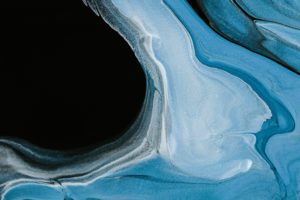 Clinically significant prostate cancer (CSC) is defined as any Gleason score of 7 or more, or any biopsy core length greater than 3 mm, or more than 2 cores containing cancer on either side. Why does this matter? Prostate cancer is perceived as a slow growing, common cancer that most men would live with, until they die from some other cause. In their generous review of autopsy studies dating back to 1948, Bell, et al (Int J Cancer, Oct 2015) reported an incidence of latent prostate cancer occurring in 5% of men under 30 years of age, increasing by decade, finding 59% positive after age 80. Based on this notion, many doctors assume that the vast majority of prostate cancers are rather innocent and can be observed without treatment. In fact, Active Surveillance, or close observation of prostate cancer without treatment, has become the favored first line of treatment for many. Each case is individual and must be thoroughly discussed with the urologist, oncologist and radiation oncologist to decide which procedure is best. Researchers have agreed on some rules to try and define which cancers probably need treatment, and which can be observed, hence the definition of CSC. 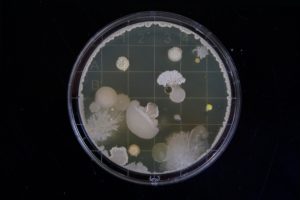 In their landmark study of 1002 patients, Crouzet, et al stated: “The objective of prostate cancer (PCa) treatment is the achievement of optimal cancer-specific survival rates with the lowest possible morbidity.” (J European Urol, 2013). That means keeping patients alive to enjoy their best possible quality of life. While keeping side effects of incontinence and erectile dysfunction to a minimum, the cancer-specific survival rate was 97%, and the metastasis free survival rate was 94%. In other words, only 3% of men died from their prostate cancer, and only 6% saw the prostate cancer spread to other parts of the body. If left untreated, prostate cancer has significantly higher rates of metastasis and death. A Swedish study of 695 men over 29 years of follow-up showed that men under “watchful waiting” for their prostate cancer had a 31.3% incidence of death from prostate cancer, and a 43.3% incidence of distant metastasis. Compared to men who had undergone removal of their prostates, the “watchful waiting” group fared significantly worse. (New England Journal of Medicine, Dec 13, 2018).

Eastham, et al, in a more than 15 year follow up of 136 men after radiation therapy showed a 66% rate of prostate cancer recurrence. (J Clinical Oncology, Oct 1997) Ginsburg, et al, looked at 1159 men five years after Robotic prostatectomy, finding a recurrence rate of 28% overall. (J Society of Laparoendoscopic Surgeons, July 2012) In HIFU, follow up biopsies of the treated area is the surest way of checking for cancer recurrence or persistence. Thuroff and Chaussy, et al, looked at prostate biopsies in 288 patients following whole gland HIFU, finding a 12.8% overall rate of positive biopsy. When separating the men by Gleason score, the low-risk group had 7.9%, intermediate 13.6%, and high-risk 17.9% positive post-HIFU biopsies.

Biochemical recurrence of prostate cancer after treatment has been typically defined as a rising PSA. After surgery, PSA should remain undetectable. After radiation, the PSA nadir, or drop in PSA, should be less than 1.0 ng/dL. After whole gland HIFU, the nadir should also be less than 1.0 ng/dL. Because the prostate is not removed physically by either radiation or HIFU, we expect a small amount of PSA to remain. By the strictest criteria (Stuttgart Criteria), the PSA should not rise more than 1.2 ng/dL after HIFU. Using this guideline, Blanca, et al reported a 25% failure rate 5 years after HIFU. (British J Urology, Oct 2009). For HIFU, the recurrence rate is similar to surgery, and less than one half of the recurrence rate for radiation.

To date, hundreds of articles in respected, peer-reviewed journals attest to the effectiveness of the HIFU procedure for the treatment of prostate cancer. There is no doubt about its ability to destroy cancer cells, while sparing nearby important structures including the nerves of erection, the urinary sphincter, and the rectum. Having helped more than 100 patients personally with this technology, I have great confidence in our ability to offer a minimally invasive treatment for prostate cancer without a high risk of unwanted side-effects.

For further reading on High Intensity Focused Ultrasound, please visit our other blog posts: What is the HIFU Procedure for Prostate Cancer Treatment? and Prostate Cancer: Understanding All the Options.

To speak with our office, please contact us. We look forward to treating you.