If you are interested in testosterone therapy, please contact our office. We look forward to treating you. 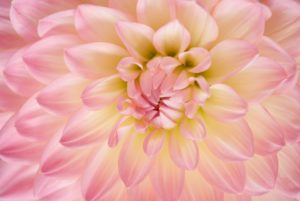 Postmenopausal women with low sexual desire or sexual dysfunction could benefit from testosterone therapy, with non-oral formulations offering a better lipid safety profile, suggests a systematic review that at the same time underlines the lack of evidence for testosterone use in premenopausal women.

The research, published on July 25 in the Lancet Diabetes & Endocrinology, showed women given the hormone experienced

improvements across a range of measures of sexual function versus placebo, or alternative hormone treatments, particularly sexual event frequency and sexual desire.

The meta-analysis also showed, however, that oral formulations of testosterone had adverse effects on serum concentrations of some lipids — effects not seen with non-oral preparations.

And although there appeared to be no effect of testosterone on blood pressure, breast health, and blood glucose or insulin levels, or in terms of serious adverse events, the number of women included was too small to draw firm conclusions, say the researchers.

They note that their review “provides robust support for a trial of testosterone treatment, using a dose appropriate for women, when clinically indicated in postmenopausal women.”

Lack of Any Testosterone Products Specifically Indicated for Women

They also highlight the fact that existing testosterone preparations are only designed for men. The lack of “any approved testosterone formulations [specifically indicated] for women in any country…is a major treatment barrier.”

“This shortfall urgently needs to be addressed to eradicate the widespread practice of women being treated with male formulations and compounded products, resulting in testosterone concentrations several fold greater than appropriate for women,” they say.

Echoing the researchers, she writes that testosterone “is beneficial for sexual function when clinical judgment indicates its use” in postmenopausal women with hypoactive sexual desire disorder or generalized female sexual dysfunction.

She adds: “Testosterone treatment should be prescribed to achieve physiological concentrations in blood for premenopausal women, although no cutoffs for any androgens have been defined to discriminate between women having or not having low sexual function.” However, she also counters that “insufficient data are available in premenopausal women to support use of testosterone.”

Little Examination of Safety of Testosterone in Women

The researchers say that women have been treated with “various forms of testosterone for decades,” largely for reduced sexual well-being, with previous systematic reviews finding beneficial effects on sexual function. However, they note that there has been little examination of potential adverse effects of using testosterone in women.

To further assess the potential benefits and harms of the treatment, the team therefore searched databases including MEDLINE, Embase, Cochrane Central Register of Controlled Trials, and Web of Science. Specifically, they looked for blinded, randomized controlled trials conducted between 1990 and 2018 in which pre- or postmenopausal women aged 18-75 years were treated with testosterone for at least 12 weeks. They also identified unpublished data from drug registration applications to the European Medicines Agency and US Food and Drug Administration.

From an initial list of 6491 citations, 46 publications of 36 randomized controlled trials met the inclusion criteria, two of which were unpublished trials.

Thirteen studies looked specifically at women with low sexual function, and one recruited women based on blood testosterone levels.

Oral testosterone administration was used in 15 trials, and transdermal patches were used in 13 trials.

The analysis showed that testosterone increased several parameters of sexual function compared with placebo or, for example, estrogen with or without progestogen.

However, oral testosterone reduced total cholesterol (P = .032) and triglyceride levels (P = .001). Non-oral formulations of testosterone were not associated with any significant lipid changes.

None of the testosterone formulations was associated with blood glucose and insulin levels, blood pressure, or waist-to-hip ratio. “Non-oral routes of testosterone administration have a better cardiometabolic profile in the short term, but this finding does not translate into cardiovascular safety because of a paucity of long-term data and because selection criteria used in randomized controlled trials exclude high-risk women who are also candidates for estrogen therapy,” Nappi observes.

Testosterone had no effect on bone mineral density, body composition, or muscle strength, and had no impact on cognitive performance or mood, although the number of women in these analyses was small.

The review did suggest that testosterone was associated with an increased risk of what Nappi calls “mild adverse cosmetic effects” including acne and hair growth but these side effects did not lead to withdrawal from treatment and no other androgenic effects were observed. No serious adverse events were associated with testosterone use.

Long-Term Studies of Testosterone in Women for Specific Conditions

The researchers point out their review had several limitations, not least of which is its dependence on the quality of the included studies.

There was also a dearth of data in premenopausal women; however, few studies reported the effects of testosterone on musculoskeletal health, cognitive performance, mood and well being, breast cancer risk, and cardiovascular disease.

Consequently, Nappi underlines the need to gain “insight into the therapeutic role of testosterone for women by designing adequate long-term studies to address benefits and risk in specific clinical conditions relevant to healthy female longevity.”

She adds that “there is an urgent need in the area of sexual medicine to ensure gender equality in treating effectively those women with female sexual dysfunction clearly related to hypoandrogenic states.”

“However, products specifically approved in women should become available to achieve this goal; at present, only male formulations are available, with clinicians adjusting the dose to the female circulating testosterone range,” Nappi reiterates.

The study was supported by an Australian National Health and Medical Research Council partnership project grant. Davis has reported receiving honoraria from Besins Healthcare and Pfizer Australia and has been a consultant for Besins Healthcare, Mayne Pharmaceuticals, Lawley Pharmaceuticals, and Que Oncology. The other authors have reported no relevant financial relationships. Nappi has reported receiving fees for lectures, membership of advisory boards, and consultancy from Bayer HealthCare, Endoceutics, Exeltis, Gedeon Richter, MSD, Novo Nordisk, Palatin, Pfizer, Shionogi, Teva, and Theramex.