Regret Over Treatment of Prostate Cancer: A Patient's Story

Patient “B’s” biggest regret about his robotic radical prostatectomy is about suffering the side effects of incontinence and ED, erectile dysfunction.  Had he known about HIFU, and about the very unlikely chance that he would suffer these side effects, he may have made a different choice.  HIFU is a non-invasive, outpatient procedure, where patients can resume their regular lifestyle almost immediately after treatment.  I look forward to the day that urologists in the US will fully inform their patients about all possible treatments for their prostate cancer.

For a closer look at our patients’ perspectives on their HIFU Treatment, please refer to our testimonials below.

If you are interested in learning more about HIFU Treatment, please contact our office today for your consultation. 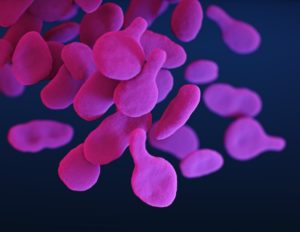 “Regret Over Treatment of Prostate Cancer: A Patient’s Story”
by Megan Brooks

For Mr B, a 66-year-old man who in 2006 faced early prostate cancer that was detected on prostate-specific antigen (PSA) testing, radical prostatectomy seemed like the right choice. It was a decision he would come to regret.

The case of Mr B speaks to the instability of medical knowledge and how rapidly it changes, as well as the “looping” effects in medicine, say Robert Aronowitz, MD, University of Pennsylvania, Philadelphia, and Jeremy Greene, MD, PhD, Johns Hopkins University, Baltimore, Maryland. They describe the case in a perspective piece in the New England Journal of Medicine, published September 19 as part of the NEJM’s series on case studies in social medicine.

Aronowitz, who is chair of the Department of History and Sociology of Science at the University of Pennsylvania, elaborates on the case in an NEJM podcast.

Mr B is an economics professor and an “informed patient.” He didn’t make the decision to undergo radical prostatectomy lightly, Aronowitz commented.

Mr B had consulted a medical oncologist and had himself reviewed the literature. He was “moved” by the consensus recommendations at the time (in 2006) that surgery was a “plausible response to a good-prognosis prostate cancer picked up by screening,” Aronowitz said.

Still, Mr B could have been unduly swayed to have the surgery by people around him, Aronowitz suggested. His oncologist sent him two published studies on prostate cancer treatment before he had even met with him. The studies, which had been conducted before PSA screening had become routine, showed a clear survival benefit with surgery for men with localized cancer. The oncologist recommended either surgery or radiotherapy.

He suffered predictable, typical side effects ― incontinence in the short run and impotence in the long run.

What Mr B regretted most, said Aronowitz, was that in the years after his surgery, the results of a trial that began after PSA screening had become routine showed no overall survival benefit with surgery over active surveillance for localized disease.

Mr B struggled to understand how the data he’d seen just a few years earlier had made him confident about choosing surgery.

“The rationality of Mr B’s decision to undergo surgery now seemed to be undermined by earlier decisions that he’d made casually: consenting to the initial PSA test and to the biopsy,” Aronowitz said.

Not the Same Playing Field

Approached for comment, Bobby Liaw, MD, medical director, the Blavatnik Family – Chelsea Medical Center at Mount Sinai, in New York City, told Medscape Medical News: “Mr B did all the right things. He spoke to a urologist, he spoke to a medical oncologist and probably was a bit influenced by his own personal experience with a colleague who had prostate cancer. Ultimately, he made the decision to go for surgery. At the time, it was a reasonable decision. Fast forward a couple of years and the whole landscape changed. It’s not the same playing field.”

Especially in oncology, said Liaw, it’s just the nature of the beast. “There are some areas of medicine that haven’t changed dramatically in the last 10 to 20 years, but oncology is arguably one of the most fast moving fields of medicine.

“And the tough thing with prostate cancer, which has a long natural history, is that our studies take a long time before they mature and we get clear, definitive data,” he told Medscape Medical News.

Echoing this sentiment, Aronowitz and his coauthor say the case of Mr B is not surprising, inasmuch as medical knowledge is constantly changing and many therapeutic decisions are made under conditions of uncertainty and with the knowledge that future studies could upend practice patterns.

“Looping effects” also play a role. This term, Aronowitz and Greene explain, describes the ways in which feedback patterns among diagnoses, treatments, and health behaviors influence prognosis and the natural history of diseases. The knowledge generated by investigation and intervention changes the way people are diagnosed and treated, which in turn transforms the epidemiology and clinical profile of disease itself.

“Careful thought about feedback loops and the contingency of medical knowledge may lead to insight into the social processes that can transform clinical and epidemiologic patterns, magnify fears, and lead to overuse of interventions of negligible value. Such insight underscores that medical knowledge, though contingent, is not arbitrary,” Aronowitz and Greene write.

They encourage clinicians to work to counteract the downsides of looping effects that occur when a diagnosis leads to behavioral change. Renaming cancers and precancers that are unlikely to cause harm if left untreated as “indolent lesions of epithelial origin,” which was recently proposed, “seems like a promising strategy,” they say.

Aronowitz and Greene also encourage clinicians to reduce the spread of “evidence-free” risk-reducing interventions. “The social and biologic effects of medical technologies should be considered carefully when they are first approved and disseminated. By the time Mr B was making his decision, it was too late for him to resist the powerful clinical consensus that PSA screening and radical treatments for screening-detected cancers were helpful practices,” they note.

“If we understand how upstream factors beyond biologic efficacy and safety have influenced the diffusion of interventions such as PSA screening, perhaps we will exercise special caution in evaluating the unintended consequences of future tests and treatments — and seek better evidence of efficacy and safety before mass implementation,” they conclude.